I. INTRODUCTION
A. Celebrating Richard Blanco, fav contemporary poet whom I met in Rockland, Maine
1. Admirable qualities: his vulnerability, his intimate, honest, heartfelt expression of soulful truths; his sharing his quest for identity and his life’s journey as if we were family or close friend and in one poem, invites us into his kitchen.
a. Themes in his poetry and life story resonate with the themes in my poetic memoir and life story.

II Activities
A.Deep breathing/Visualization Exercise for Relaxation
1. Reference to this exercise and other Stress Reduction Techniques from Teaching Tool I in my new book, I’m Somebody & So Are You! A Toolkit for Encouraging Personal Growth via the Arts
2 Reference to Teaching Tool II on Self-Assessment for Personal Growth which includes question, Who are You? and my poetic reply
a. Read my poem: WHO AM I? to inspire audience to reflect & answer question

III. Theme OF Bullying
A. in Blanco’s Story & Poems
1. Theme of Bullying and his struggles with sexual identity in childhood/youth
2. READ: “Queer Theory According to My Grandmother”
(Looking for The Gulf Motel..2012, ) AGE 44

B. Theme of Bullying in My Story & Poems
Soon after the passing of my parents, Holocaust Survivors of genocide, I question:
WHY AM I HERE? WHAT IS MY PURPOSE?
1.I develop a passion to create a contest entitled, the Daniel & Judith Ripp Spirit of Heroes awards contest for secondary school students to teach tolerance and understanding via poetry and prose in memory of my parents. Students’ solutions are awarded.
a.with the support of Palm Beach County administrators, teachers and local judges, I establish the annual contest entitled the Celebration of America’s Young Heroes. Participating secondary school students are asked to create poems, prose and art that express how they have transcended their adversities with positive solutions.
b. students solutions are awarded and displayed at the annual award ceremonies and their
c. award-winning entries are published in the anthology, Teens Are Heroes, Too! Challenges, Choices & Character
d. I create anti-bullying programs and contests to prevent bullying and promote respect for each other’s diversities via the arts. (to me, bullying has been a foundation for genocide and a factor for the increased anxiety, depression and suicide rate and/or school violence….ie. the horrific shootings in Parkland, Fla)
e. U.S. Congressman Ted Deutch, praises, before 112th U.S.Congress, the anti-bullying programs as well as the students’ solutions via the arts; his accolades are recorded in the Congressional Records

IV. Theme of Cultural Identity
A.in Blanco’s Story & Poems
1.Blanco was “Made in Cuba, assembled in Spain and imported to the U.S. that is, his mother, seven months pregnant and the rest of his family arrived as exiles from Cuba to Madrid, where he was born in 1968. About one month later, the family emigrated to Miami where Richard was raised and educated.”

3.Blanco’s struggle with cultural Identity in his poetry:
a. Read When I was a Little Cuban Boy, included in his 2nd anthology, Directions to the Beach of the Dead, published in 2005
(Age 37)
b. Read America from his 1st anthology, published in 1998 and entitled, “City of a Hundred Fires,” (Cienfuegos, his parents’ birthplace in Cuba) (Age 30)

4. Resolution to Cultural Identity
a. Blanco was the first immigrant, first Latino, first openly gay and youngest inaugural poet in history, in the prestigious ranks of Robert Frost, Maya Angelou
1. Obama’s 2nd Inauguration 2013
2. Obama and Biden shook his hands on the day of the Inauguration. Blanco stated, “It really was a sense of ushering me and saying…here’s your country.”
At last, his existence as an American was validated and his busqueda was over.

5. Please join me in reading some of the stanzas in your handouts, entitled ONE DAY(I)

B. Theme of Cultural Identity resonates with me:
1.I was born in Serbia, former Yugoslavia and left at age two on a boat that nearly capsized en route to the “Promised Land” another war zone and arrived as refugees at the Port of Haifa in 1948; emigrated to the U.S. at age 6 where I was raised and educated….……..Parents always spoke in Hungarian…..
2. My parents’ genocide reality was my childhood’s reality of suffering and fear until I revisited my birthplace and their birthplace in my adulthood and realized their reality was not mine.

V. Theme of Gun Violence
A. in Blanco’s Poetry:
1.As for one of his most recent poems, ONE PULSE- ONE POEM, written last 2018 as a tribute to the 49 victims of the horrific Pulse nightclub shooting in Orlando, passionately pleads, as he did in his 2013 Inaugural poem, for TOGETHERNESS.

And so, he invites us, as though we were friends, into his home, at his kitchen table, to sip café con leche while he engages us in the process of writing the poem together, as a therapeutic means to mourn and heal, TOGETHER.
1.Read together Blanco’s Poem

B. Theme of Gun Violence
1. My solutions are presented in my curriculum/book, I’m Somebody & So Are You! The poem with title of book summarizes solution
2. Thanks to a supportive, collaborative arts Professor at FAU’s College of Education who implements my curriculum, we create together a program for her future teachers who begin to include activities in their lesson plans. 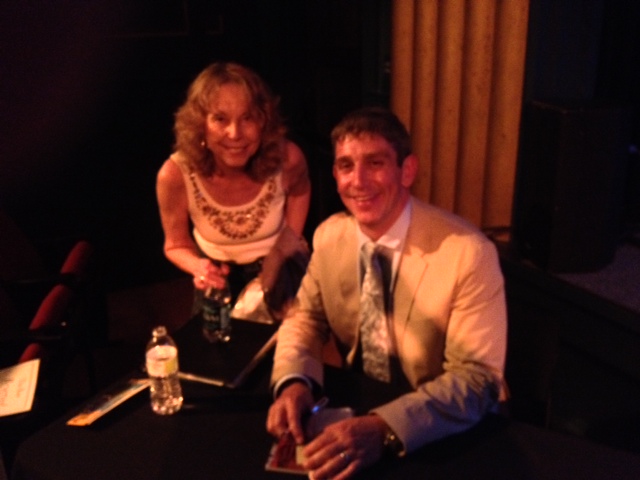